Anji Grainger’s work is derived from the magic and wonders of nature. She is drawn to see and focus on what others may not notice. At a closer look, there are many wonders to see inside a raindrop, within the soft folds of a rose petal or in the tiny pieces of pollen clinging to the back of a bumble bee. Anji’s goal is to give the viewer a look into the unique creations that surround us and to portray a feeling of magic and mystery.

Anji Grainger has studied with acclaimed contemporary artists in both Italy and France and has brought her talent and knowledge to the OSA community for over five years.

Dennis Anderson's desire is to elevate the activities of daily life, those mundane scenes where the moment becomes the subject. He enjoys balancing what is familiar with the thought of what was seen. Whenever he ventures out into the Portland area, he takes random pictures and draws on these references when creating a new piece. What Dennis is searching for in a particular scene is feeling, some sense of place, or a simple happening; like the way sunlight defines forms and creates shadows. His paintings embody interpretive naturalism—where the representation is referred to as a remembrance of impression.

Dennis has shown many times in the Portland metro area, as well as in New York and Japan. Dennis teaches urban street sketching at OSA. .

Dorothy Fitzgerald has been a professional oil Painter for over 50 years. Her paintings hang in many prominent art collections in the United States and Europe. Most recently was commissioned to paint portraits of Senator Mark Hatfield and his wife, Antionette, to hang in the Hatfield room at the Oregon Historical Society Portland Oregon.

She is currently teaching two painting classes at OSA.

For as long as Elaine Pawski can remember, she has had the need to create. Elaine developed an interest in drawing and painting as a child and has studied the visual arts for most of her life. Currently, she is a freelance designer and photographer. Rarely seen without a camera, she is constantly capturing the beauty of the Pacific Northwest, and often painting and drawing from her photographs.

Elaine teaches a new digital course at OSA on how to draw and paint using the iPad. This class is great for learning how to plan oil and acrylic paintings ahead of time, or for creating digital works for print and design.

Having studied in Valencia, Spain, as well as France and Italy Harold is a skilled watercolor instructor and teaches a variety of water media classes at OSA.

Janet Parker is graphic designer, botanical illustrator, and landscape painter. She studied painting and printmaking at the University of Kansas before moving to New Orleans in 1975. While in New Orleans, she studied with watercolorist Kathy (Katalin) Gergo. Janet then moved to New York City in 1986 to complete a BFA in Communication Design at Parsons School of Design. After graduating, she worked for three years in the editorial design studio, WBMG, under Walter Bernard and Milton Glaser. She has been an art director for such magazines as Time, Newsweek, Art & Antiques, and GQ. She has also taught Communication Design at Parsons School of Design. From 2009 to 2012 she was the art director at Tin House, publisher of books of fiction and non-fiction and of a quarterly literary magazine, which is based in Portland, Oregon.

Janet is currently focusing on drawing and painting, and designing a series of classes in botanical art at OSA.

Joanne Kollman is a Northwest oil painter, her representational paintings of the figure, landscape and still life are earmarked by a lyrical style and eye for design. Brushwork and use of broken color elicit movement and spontaneity in her paintings. As a representational alla prima oil painter, her surroundings motivate an interest to explore her subjects with the expressive quality of oil paint. She strives to capture the energy of her subjects through brushwork and observation of changing light. Joanne paints daily from the model, still life, or landscape.

She teaches and exhibits at The Elisabeth Jones Art Center and Oregon Society of Artists. Joanne facilitates figure drawing and painting and teaches Energize your Paintings, an expressive painting class, at OSA.

Joanne Mehl is an accomplished figurative artist best known for her commissioned portraiture, figure painting, and equestrian subjects. Over thirty years of disciplined oil painting and glazing experience imbue her pieces with a depth of color, and her keen eye for composition brings dynamism to the humblest scene. Joanne graduated with a Bachelor of Fine Arts with Honors in Illustration from Pasadena's Art Center College of Design in 1983. She has completed more than 120 commissioned portraits, and her work hangs in venues ranging from the Kentucky Governor’s mansion to numerous private collections.

She is currently teaching at Oregon Society of Artists. Joanne’s instructional methods are fresh and accessible and help build a classic foundation of skills while encouraging individual style.

Nicole Poole is an artist living in the Pacific Northwest who makes her living as an illustrator, calligrapher, and teacher. She was awarded the California Arts Scholarship in1993 and has studied with various artists and schools concentrating on painting, sculpture, glassblowing, children’s book illustration, calligraphy and design. She creates her own ongoing body of work as well as designing illustrative works and calligraphy for clients all over Oregon and California.

She currently teaches art demonstrations, workshops, and classes, at OSA and enjoys sharing her passion for creativity with others.

Poca Kim’s work is fascinated by the human body and its power to heal. Delighting in the power that comes from the strong will of positive spirit, Poca’s paintings focus on her desire to embody what that positivity and uniqueness of spirit looks like. She was born and raised in South Korea where she loved to write poetry. Since she moved to Kansas in 1998, painting became her mode of artistic expression after she studied oil painting at Washburn University. Poca was chosen as a core artist in the NOTO Art District in Topeka, Kansas. Since then, she has shown several exhibitions nationally, and in South Korea. Her works have been featured in regional magazines and on TV and collected nationally and internationally.

In 2016 Poca moved to Portland, Oregon where she teaches collage at OSA.

Randall Vemer was Principal Viola of the Oregon Symphony in Portland for 20 years. Making the transition from classical music to classical painting required years of serious training and analysis. After studying Alla Prima painting, Randall became interested in the classical method of constructing a painting using layers. With involvement in Portland’s art and music scene, Randall enjoys bringing the two worlds together through subject matter and coordinating multi-media events that celebrate the visual arts and music.

Randal is a drawing instructor at OSA and enjoys bringing classical approaches to contemporary subjects. 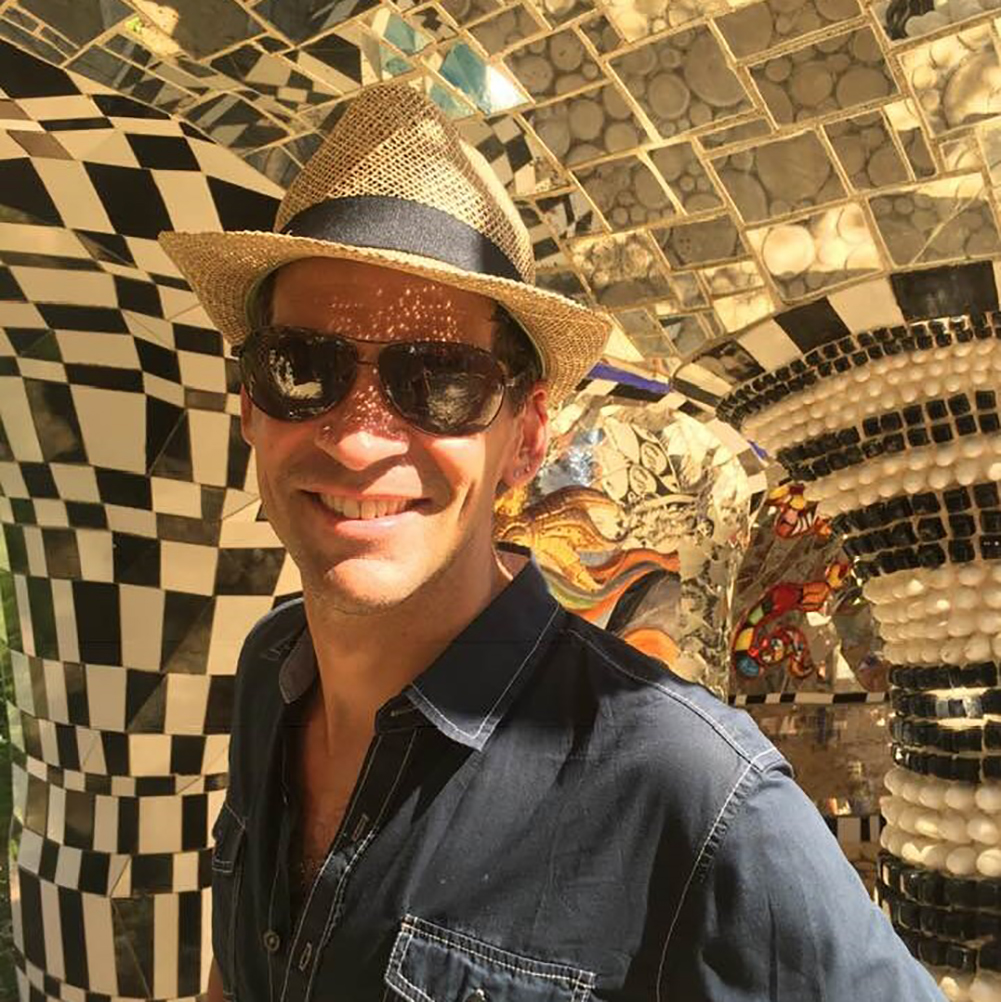 Scott Gellatley is a proud Oregon native and currently lives in Portland with his wife and two sons. Scott has always been driven to make things. No matter the medium, he finds excitement and wonder in creating something that didn’t exist the day before. Whether that creation succeeds or fails, it drives his creative process forward – eager to begin the next piece. Scott has shown in galleries across the country and is a celebrated painter and printmaker.

From a young age, Susan Kuznitsky was trained in traditional art methods, working in charcoal from plaster casts, then oils, then watercolors. She studied at the American Academy of Art in Chicago after high school. Susan quickly fell in love with the Impressionists and became completely smitten with the pastels of that era. She moved to New York to study with pastel artist Albert Handell and worked for him as a studio assistant where she learned to teach. In the early 1990’s Susan moved out to the Northwest where she continued painting and teaching.

She is currently looking for ways to reach underprivileged youth and share her knowledge of artistic expression. Susan teaches pastel and painting classes at OSA.

In his paintings Wayne Jiang enjoys creating an ambience that reflects on stillness, solitude, and mystery. He believes in using simple, quiet scenes and objects to communicate deep emotion and relevance. In his work you might find influences from 17th Century Dutch genre paintings as well as 19th and 20th Century American Realism. When composing a painting and choosing subject matter, Wayne draws inspiration from modern and documentary photographers like Walker Evan and Sally Mann. Born in Guangzhou China, Wayne came to the US at the age of 15. He is currently living in Portland, Oregon.

For three decades he has worked as a fine artist and graphic designer and holds a degree in illustration from San Jose State University. Wayne currently teaches acrylic painting at OSA.